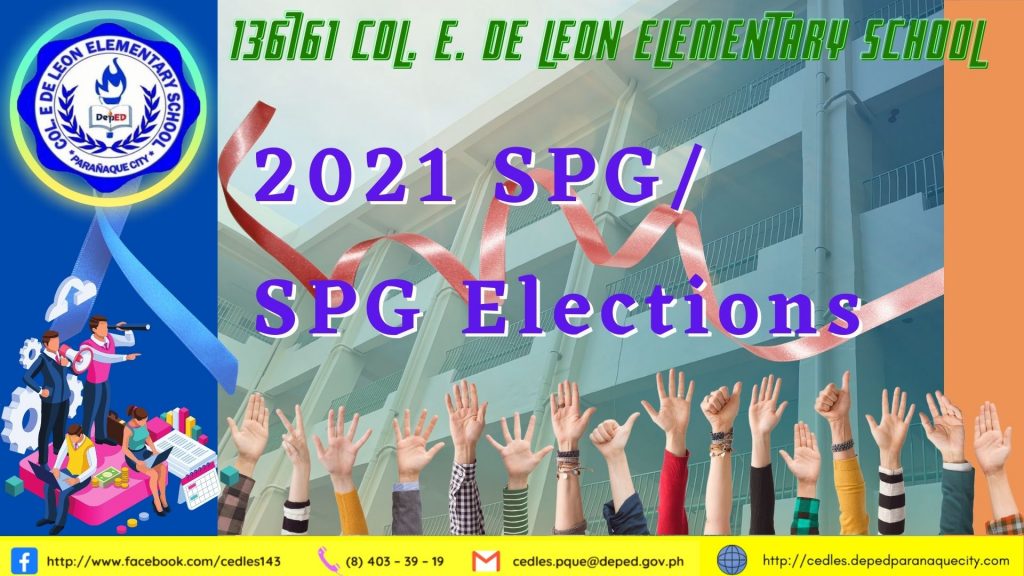 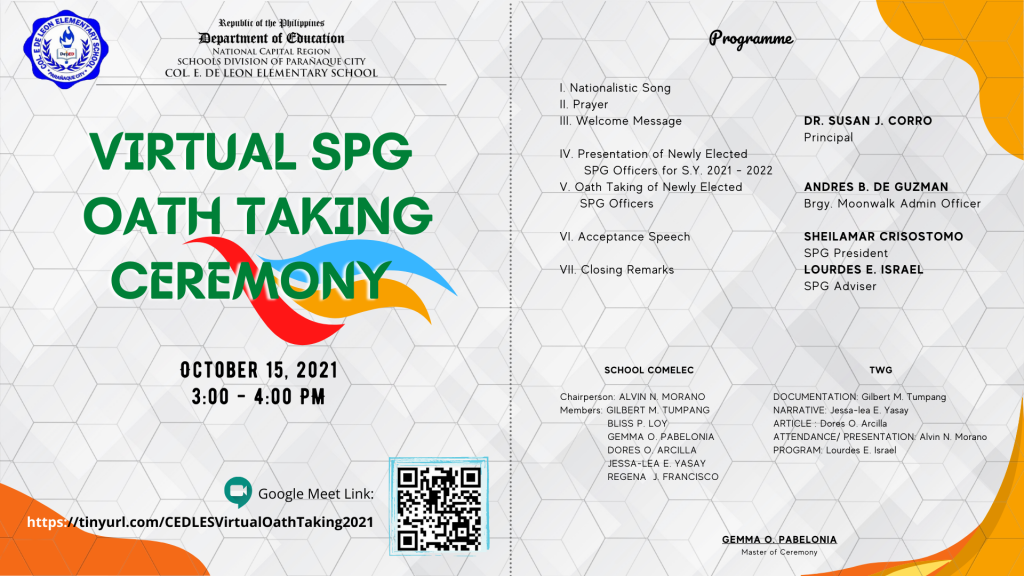 It’ s election time once again. It is the time of the year where the student body chooses and supports the new set of school leaders. The student’s organization is called Supreme Pupil Government (SPG). It aims to put down the foundation for unity and cooperation among students by providing them a venue where they can improve their leadership abilities. These student leaders are going to be the future leaders of our country. It also seeks to train students to become upstanding members of our society with the ideals and principles of democracy where people participate equally.

Every school year, the school conducts an election of SPG officers, but this year’s election was different due to the health crisis. The screening was meticulous. It involved interview of the elected Class Presidents from Grade 4, 5 and 6 to test the determination and will of the candidates in pursuing their goal of becoming a student leader. After the screening the official list of candidates was publicly announced to the students by posting it in the GC’s. Each party independently planned their campaign strategies. The campaign was through videos done creatively by the two competing parties and sent via social media.  On the other hand, the election was done online through Google forms.

The election was held last October 11, 2021. It went smoothly with the joint efforts of the COMELEC Chairperson Ms. Lourdes E. Israel, School ICT coordinator Mr. Alvin N. Morano and all class advisers from Grade 4-6. Announcement of the newly elected officers was done the following day and the virtual oath taking ceremony followed on October 15.

Ms. Lourdes Israel left a befitting message to round off the oath taking ceremony. She quoted our national hero Dr. Jose Rizal, “Ang Kabataan ay Pag-asa ng Bayan”. She challenged the SPG Officers to become role models of the youth not just at home but to the community as well.

Indeed, the SPG Election for School Year 2020-2021 was a resounding success.