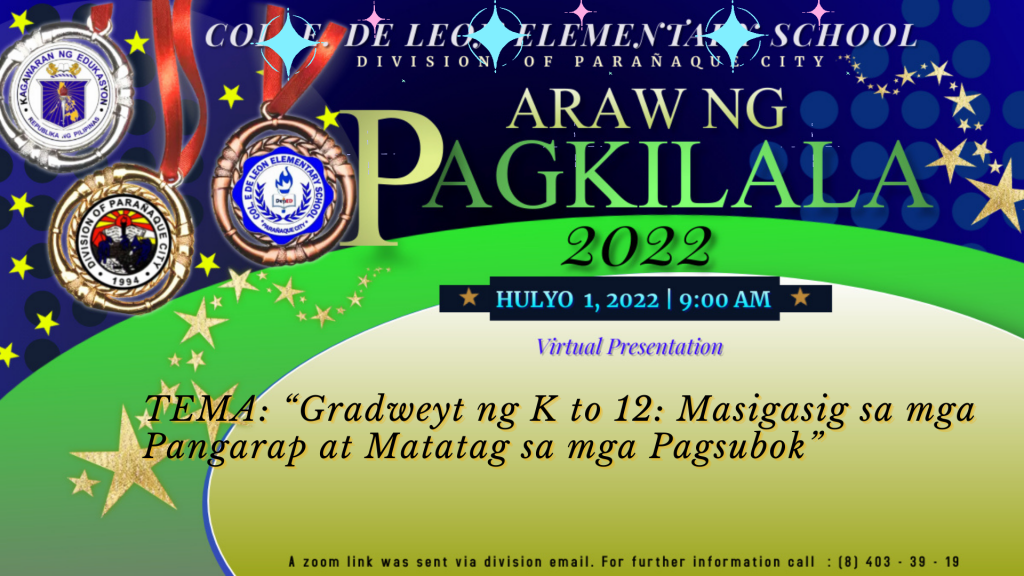 Recognition Day – The day When Student’s Hard work is Appreciated

At the end of every school year, students who have worked hard in their academics are given due recognition for their efforts. The awards given during recognition day are part of the praise and reward system where learners are acknowledged for their excellent performance during the school year.

Among the awards given out in school, the academic awards remain to be  the most esteemed and distinguished. It is the most aspired to because it signifies recognition of intelligence and desirable traits like perseverance, hard work and discipline. These awards range from With Honor, With High Honor and With Highest Honor.

CEDLES extends its warmest congratulations to all the awardees and their parents for a marvelous job. May this day serve as inspiration for learners to strive more. At the end of the day, it is truly not about the medals and certificates but the qualities that students imbibe, such as being responsible, industrious and, determined, as he aim for his goal, that will help him traverse through his everyday life.